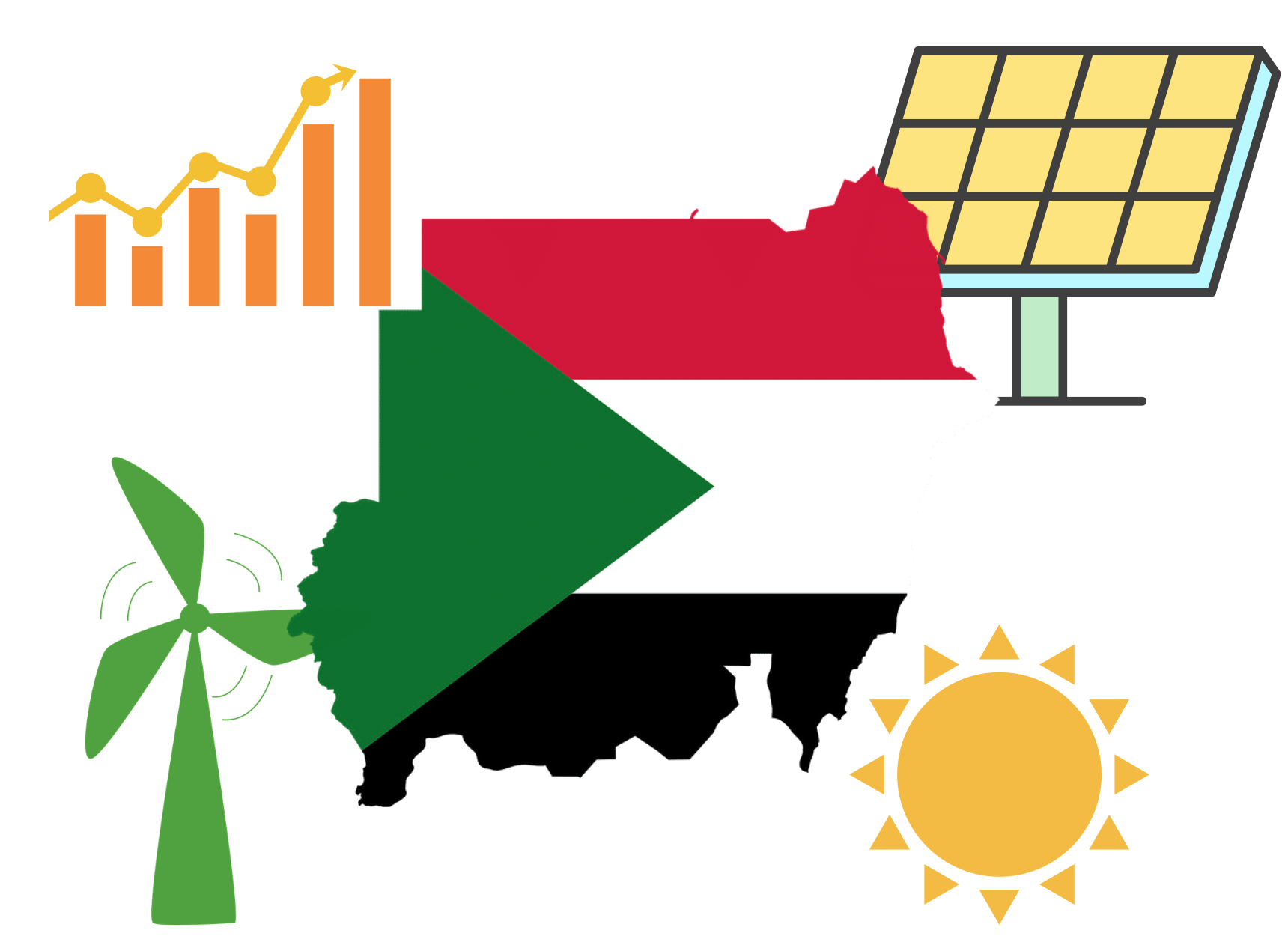 This article was first published in renewablesinafrica.com on January 6, 2020.

Sudan is a big “untapped” renewable energy market. Given Sudan’s immense technical potential for solar, wind, geothermal, biomass, and other renewables, coupled with a sizeable population and an escalating demand for energy to fuel economic growth, renewable energy is ideally positioned to assist Sudan’s transition to sustainable development. The decentralized nature of several renewable energy technologies (such as rooftop solar) also means they can be used to increase energy access throughout the country. But, what is the current status of renewable energy in Sudan? And is there an enabling environment for clean energy technologies? Where does Sudan currently stand and what’s next?

Sudan is located in the Northern part of Africa, within the sub-Saharan Africa region, has a land area of 1.9 million km2­­, and a population of approx. 41 million. Sudan’s economy, which is the 10th largest in Africa with a GDP of 40.8 billion USD, is dependent on agriculture, services, and industrial sectors. Sudan’s population growth and economic development means that demand for energy will increase. So, how prepared is Sudan’s energy ecosystem for this demand?

The causes of these issues are many, but can be summed in the following: political instability, administrative corruption, lack of private investments in utility scale projects due to poor economic conditions, limited access to international finance, and lack of strategic planning for renewable energy.

Before we talk about the role renewables can play in developing Sudan’s electricity supply, it is necessary to get a glimpse of the electricity market institutional structure.

The electricity market ecosystem in Sudan is a monopoly and government-owned enterprises own and operate all power generation facilities (hydropower plants and thermal generation plants). The public regulator is the Electricity Regulatory Authority and the state-owned enterprises that manage the electricity generation all operate under the former Ministry of Water Resources, Irrigation, and Electricity (MWRE) (which is effectively the Public Utility). However, after the glorious civil revolution of December 2018, the newly formed transitional government abolished the former MWRE and now all electricity affairs fall under the Ministry of Energy and Mining. In addition to regulatory institutions, there is a national Energy Research Centre, that conducts research activities mainly in renewable energy, and also an Energy Research Institute operating under the University of Khartoum (the largest public university in Sudan).

So where does renewable energy fit within all of this?

The technical potential for renewable energy in Sudan, at both a centralized and a distributed level, is very high. The annual average solar radiation exceeds 2000 kWh/m2, which is considered to be among the highest globally. Figure 1 shows the potential for electricity generation from solar PV throughout Sudan as estimated in the World Bank’s Solar Atlas.

Wind energy also has a significant potential, especially in coastal areas, with recent studies indicating that mean wind speed is in the range 5.1-7.1 m/s across the country. In fact, the United Nations Development Program (UNDP) has been a partner with the Sudanese Government since 2015 on the Wind Energy Project which aims to scale wind power in Sudan by investigating technical and regulatory barriers, studying environmental impacts, developing a regulatory framework, securing funding for project activities, developing a wind energy atlas, and other activities. This project, which is considered to be the largest on-going renewable energy program in Sudan, was supported by the Global Environment Facility (GEF) and several entities from the public and private sectors and is expected to be concluded by April 2020.

Biomass is another renewable energy source which has significant potential for power generation, process heat, and clean cooking applications through the utilization of major sources such as bagasse, bio-ethanol, agricultural residue, and animal waste. In addition to technical potential, the decentralized nature of renewable energy technologies (such as rooftop solar) means they can be used in distributed generation and off-grid systems, and hence contribute to scaling energy access, which is critical given the immense geographical size of Sudan.

Distributed generation systems (including off-grid systems) present a big opportunity for scaling access to clean and modern energy services in Sudan (and sub-Saharan Africa) due to their modular nature and economic competitiveness as compared with the grid extension. This point was highlighted in several reports by leading energy organizations such as the International Renewable Energy Agency (IRENA), the International Energy Agency (IEA), and Bloomberg New Energy Finance (BNEF).  Furthermore, the drop in costs of renewable energy equipment (such as solar cells, batteries etc), due to economies in scale and advancements in manufacturing, indicates their economic feasibility is improving.

4 comments on “Status and Potential of Renewable Energy in Sudan”