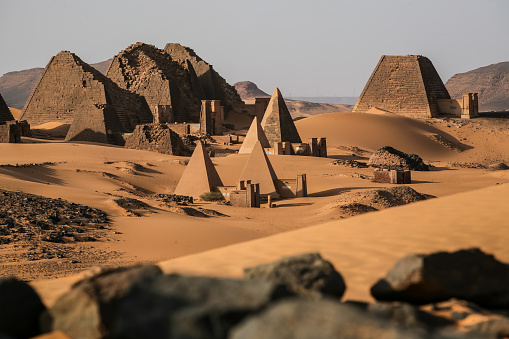 Energy is an important factor for development. It contributes to fulfilling the most basic and essential needs for human survival such as clean water, lighting, education, and healthcare. As electricity demand increases, countries begin to increase and diversify their power production, especially from renewable energy resources. The global access electricity deficit decreased from 1.22 billion in 2010 to 759 million in 2019 and currently, most people without energy access are in developing countries particularly in Africa. Despite the great efforts, the World may still have as many as 660 million people without access to electricity in 2030 [1].

Sudan is a country with immense renewable energy potential, possessing a high hydropower potential based totally on its location on the river Nile and other watersheds, a high wind speed mainly in its northern and western region, and high solar radiation throughout the country.

Sudan is currently facing a major problem with electricity supply. According to the report “Tracking SDG 7: The Energy Progress Report (2021)”, only 54% of the population in Sudan have access to electricity; this indicates more than 20 million people aren’t connected to the national electricity grid [2]. In December 2014, the United Nations Development Programme (UNDP) warned that Sudan could face an energy problem in the future, if it does not set up alternative power solutions, mainly because of the rapid growth in energy demand [3].

Another challenge that Sudan is going through is the electric grid transmission and distribution losses, which are approximately between 5% and 19% respectively [4]. Sudan was assessed as one of the top 20 access deficit countries in 2019 with more than 46% of its population lacking access to electricity. Even though the energy access rate is low; Sudan is making progress in electrification with annual growth over more than 3 percentage points after 2010; more than 70% of Sudan’s population was lacking access to electricity at that time [2]. Table 1 below represents statistical facts about Sudan’s electricity access rate from (2000 – 2019).

Solar energy is highly attractive as a primary renewable energy source that can contribute immensely to increasing energy access in Sudan. The location of Sudan as part of sub-Saharan Africa enriches the solar potential. The average temperature ranges from 28 to 39°C. The average solar insolation is 6.1 kWh/m2/day, indicating a high potential for solar energy use [3].

The Northern State has been considered as one of the best parts of Sudan for exploiting solar energy. The climate in the Northern state is a typical desert where rain is infrequent and annual. The cities with the highest solar radiation are in the northern and western parts of the country, and they are [3]:

Annual average wind speeds exceed 5 m/s in most parts of Sudan’s northern and western states and along the Nile valley. Whereas the southern regions have poorer potential because of the low wind speeds [3].

The rise of Sudan in the wind energy field began early in the 1950s, where 250 wind-driven pumps from the Australian government were installed in the “El Gezira Agricultural Project” for water pumping. Due to the difficulties of obtaining spare parts and the availability of diesel pumps, these machines are not working now [3].

Sudan has advanced a major step in developing its first wind power plant with the arrival of the wind turbine to be located in Dongola in the northern state, as part of the UNDP’s wind energy project in the country. Sudan’s first wind turbine is 63 m-tall and is expected to produce 100 MW of affordable clean energy to provide power for at least 14,000 people in Sudan’s northern state [5].

The general objectives of utilization renewable energy projects in Sudan are:

The challenges that face the utilization of renewable energy technologies in Sudan are:

According to the report “Tracking SDG 7: The Energy Progress Report (2021)”; only 54% of the population in Sudan has access to electricity. therefore, plans of action ought to be made through the government agencies to stabilize the power supply. Decision-makers need to ensure the free, active, and meaningful participation of all stakeholders in the planning and implementation of renewable energy regulations and legislation to accelerate the sustainable energy transition in Sudan.

The gap between supply and demand besides fixing the issues with the transmission and distribution losses requires investing in grid reinforcement technologies and upgrading the existing infrastructure as well as placing the renewable power plants closed to load centers in Khartoum. Also investing in developing smart grids will result in lower T&D losses. Establishing off-grid electrification technologies including “Pay-As-You-go (PAYG)” models and the transactive energy distribution technology can offer a resilient energy supply to reduce the peak load at the national electricity grid.

Sudan executives and decision-makers have to take the lead and make regulations that attract foreign investors and international agencies to invest in Sudan’s energy sector. Better access means employment opportunities and helps in improving essential services like education, health and reduce carbon emissions.

A mechanical engineering student, a blog editor at Clean Energy 4 Africa (CE4A), and a young energy researcher who has a passion for solving real-life problems. He tends to be more effective and accurate and thinks as a problem solver.

On the other hand, Akmal is working on his own project “(GWVT) Project“, which new technology for small & micro-scale hydropower plants.

His contribution to the world is being an active positive person and try to give a solution that can help solve the energy problem in Sudan “Believe In Changing The World Through Clean Energy Solutions”.